The female witch and the male warlock have an arsenal of dark sorcery at their disposal: terrible curses, frightening creatures, mysterious potions and, of course, their trusty broom, which acts as both a powerful weapon and a means of transportation.

A Warlock or Witch bring their damage in the form of sustained dps and consumable burst. Their primary means of damage is through applying debuffs on their primary targets, and then having the ability to spread the debuffs/damage to other foes around the main target. In conjunction with this, they have potent single target damage and area spread damage, the Warlock has the ability to consume their dots to provide burst dps when needed or required. In addition to their damaging capabilities, they have the ability to crowd control enemies very well as in addition to reducing the overall effectiveness of the enemies actions. However, although they have the capability to bring many benefits to a group and excel in solo play, they are quite fragile and require proper skill management and stance dancing to be the most effective in combat.

Witches and Warlocks uses a Staff as their main weapon.

In their additional weapon slot, Witches and Warlocks carry a Talisman. 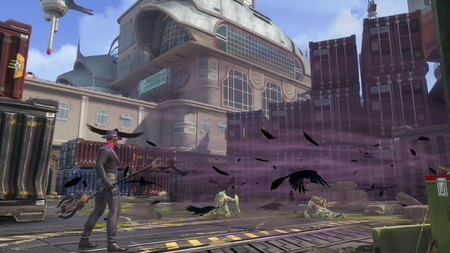 "Dark Ritual" ability
Add a photo to this gallery

Retrieved from "https://skyforge.fandom.com/wiki/Witch?oldid=15126"
Community content is available under CC-BY-SA unless otherwise noted.