A knight is capable of withstanding the onslaught of numerous enemies, diverting their attention from less protected allies. Armed with shield and spear, they are able to not only block incoming attacks, but to also deliver crushing blows in return.

The Knight uses a Spear as their weapon, which they use to deal crushing blows in battle.

The Knight carries Large Shield in their offhand which is used to block incoming attacks. 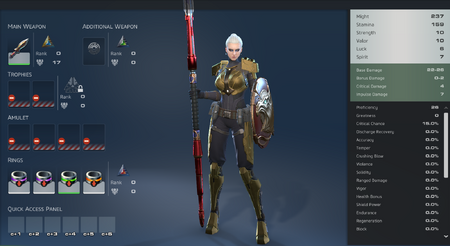 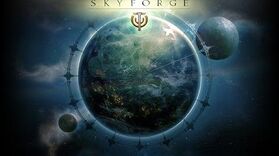 SkyForge - Class and Combat Training
Add a photo to this gallery
Retrieved from "https://skyforge.fandom.com/wiki/Knight?oldid=14414"
Community content is available under CC-BY-SA unless otherwise noted.