Aelion, one of Skyforge's most beautiful and amazing planets, is named after its great god and protector, Aeli. The world was safe under his reign until the unimaginable happened: Aeli disappeared. How this came to pass is still a mystery.Without their mighty defender, Aelion and its unprotected inhabitants appeared helpless to invaders from other worlds. Countless armies of hideous creatures have tried to claim Aelion. Each attack destroys countless lives. Each leaves its mark on the planet.

Many brave warriors have fallen in battle defending their world. But death has no hold over the special few, immortal heroes, who return time after time to stand for their planet. Aelion's heroes are worshiped for their sacrifices, and this faith endows them with god-like powers. Are you ready to join the ranks of these immortal heroes? Are you strong enough to overcome all perils and take your place among the gods?

Aelion was once a lush paradise. It was a free world, ruled by a fair and just God. One day the God vanished, leaving the planet unprotected and open for alien invasion. The people of Aelion joined forces to protect their planet and created a network by which their prayers could be heard. Only the strongest defenders, forged in battle (the players) can hold back the dark tide. Aelion residents have something to fight for. Their home planet is unique, its scenery is staggering, and the culture is deeply rooted in the history of the universe. 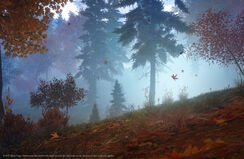 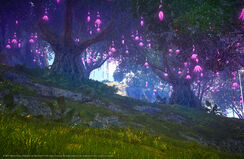 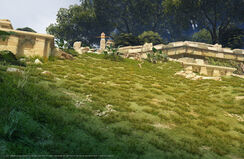 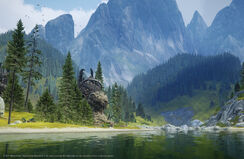 Retrieved from "https://skyforge.fandom.com/wiki/Aelion?oldid=15044"
Community content is available under CC-BY-SA unless otherwise noted.